I have been absent from the blog scene for personal reasons. But, I continue to participate in the coin market, and have been observing the shifts underway in the market for early copper coins. A few of my observations are summarized as follows:
> The coin market (in general) continues to mark time. Coin collectors have learned to be patient. The opportunity to acquire a truly rare coin always trumps the circumstances of the current market ups & downs. Generic material remains very weak. However, marquee coins continue to sell at reasonable prices (bargains, one might possibly argue). There are a number of forces exerting influence on the coin market today. Uncertainty is high, due to both economic and political factors. The overall economy, while appearing strong on the surface, faces a number of headwinds. Interest rates, energy prices, currency values are all at historically high levels of volatility. A long bull market in equities faces an uncertain future. Gold remains stable (?) at 2-year old levels. A break-out feels imminent.
> Coin collecting is faced with an additional worry - the demographic challenge. The old guard is beginning to liquidate, and newcomers to copper are less inclined to follow the old ways. Full sets, by Sheldon or Newcomb # are no longer in vogue. There are so many other collecting themes to consider - die-state collecting, date-specific, RED BOOK sets, error collections. This is challenging the traditional models for value. R5 once represented a desirable coin (population less than 75). but, what if only 50 people find themselves wanting one? Well.... there will be fewer bidders. That is the new reality. But, what if a new terminal die-state is found for an R1 variety:  now, THAT is interesting! This is how it has always been with collecting. The shift is neither new nor should it be surprising.
> GRADING! This is a subject that could fill a book. Since 1986, we have witnessed the era of the third-party-grading service (TPG). There is no denying the success of the TPG, as a business. What about the success from the perspective of the coin hobby? Well, in fairness, there have been some positive developments: Authentication, as part of the TPG service, has gone a long way to remove counterfeit & altered coins from the market place. Certification has also created value in the form of "perceived good" coins (ie. coins that the services deem fit for numerical grades). The "bad" coins (those deemed unfit by the grading services, and given "details" grades) have suffered a great deal of persecution in the marketplace. Is this fair? That depends upon your perspective of the role of the TPG. They have become the "arbiters" of good & bad in the coin marker. Those willing to accept the  judgement of the TPG hold the products of that judgement. Those willing to think on their own may hold some questionable (?) coins. One day, when the third-party grading paradigm is discarded, these questionable items may find increased market acceptance. When might this occur? Probably not soon enough to save today's owners. But, the coin market is ultimately rational, and the time will come when rarity & condition (in the absolute sense) will prevail over "condition rarity" (as defined by population reports). This is (admittedly) an optimistic scenario for the triumph of logic over propaganda. Time will tell whether it is an accurate forecast.
> What about coin collecting? Will it survive the transition to a "cashless" society? We have witnessed the steep decline in stamp collecting. That should send a collective chill up the spines of today's coin collectors. Most of the stamps collected over the past 50 years are best licked and used to send out letters today! Could this also happen to coins? Well, in some cases, YES! Those double albums of statehood quarters, culled from circulation, are doomed to the tip jars of the world. The fate should be different for the classic coins from the 18th & 19th century. The abandonment of coinage in the U.S. might actually lead to a resurgence of interest in classic old coins. Rarity and history might combine to create a virtuous cycle for collectors of classic U.S. coinage. Again, I admit to a touch of romanticism and optimism combined. But, I hope I am right! 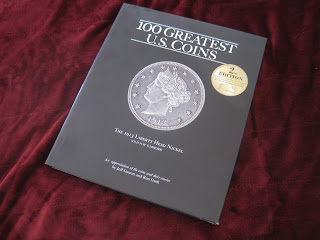 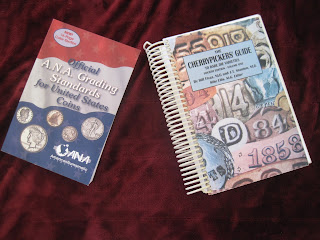 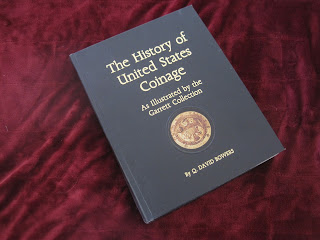 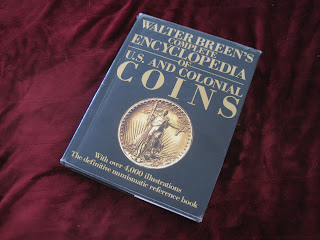 The Goldbergs held their traditional pre-Long Beach copper auction on Sunday Feb. 12 at the Intercontinental Hotel in L.A. The ballroom was full, but not overcrowded, and the bidding was lively, even though the pace of the action was slow (about 40 lots / hour).

The question in my mind, going into this sale, was whether the copper market could shake off the doldrums that seemed to settle over the market last summer. This auction provided an affirmative answer, but with a few caveats. Allow me to elaborate a little:

Beyond the Yellow Brick Road

Happy New Year to all fans of coins, and especially to fans of early copper coins! I am excited about the collecting year ahead of us. The past year saw rare coin prices languish somewhat, but there are reasons to be optimistic. For one, there is a large auction of copper coming in early Feb. The Goldbergs have announced the sale of four large collections on a single day. Later, the Pogue Collection (Part-V) is scheduled at Stacks / Bowers. Records could fall!
In other coin news, I just happened to be on-line watching the recent Heritage Auctions internet session, and I witnessed something that altered my understanding of the rare coin market: A 2004 Texas statehood quarter, graded NGC MS-69 was sold for $3055! That is NOT a typo. No, I did not forget to put the decimal point into that price. A single statehood quarter sold for Three Grand! The coin was part of a NGC Registry Set collection known as "The Mile High Collection". Now, for the really astounding part - this was not the highest price for a statehood quarter from this collection. A 1999 Pennsylvania quarter (also NGC MS-69) sold for $7050! WOW!
You can find the entire Mile High Collection auction at the Heritage web site. I will provide a link here:
Mile_High_Collection_Heritage
The prices realized by these statehood quarters are a surprise to me because: 1. I do not collect this series. Therefore I do not really know how to grade the coins, or what the appropriate values should be. 2. I do collect early copper coins (half cents & large cents), and I have a pretty good idea of what can be purchased for $3000 in these categories (you can get something really NICE for $3K). 3. The statehood quarters are (for the most part) 21st-century U.S. coins, so they are plentiful. I believe there are many rolls of such coins (in uncirculated condition) sitting in desk drawers. 4. The MS-69 coins which sold for so much money are so-called "condition rarities". However, a huge overhang of "ungraded" coins is out there. If/when these are certified, the populations of these higher grade ranges can be radically increased. Would someone be willing to pay $3000 for a 2004 Texas quarter in MS-69 if they knew the population was 100, rather than 1? I would think not.
I urge you to consider your own collecting / investing strategy. Are you buying coins for pleasure or profit (or both)? Are you spending hundreds (or thousands) of dollars per coin? Are you buying coins that have proven rarity, or are you buying low population modern coins (according to the grading service pop reports)? Have fun, but be careful!