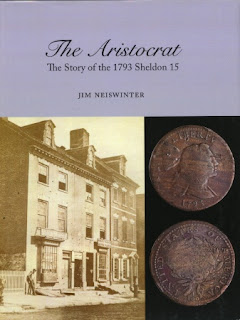 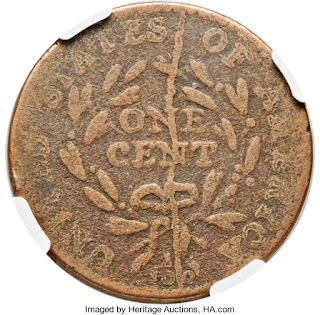 The sale of the coins from these two esteemed members of EAC is scheduled for late Jan. 2019 in Los Angeles. Goldbergs, in collaboration with M&G Auctions are expected to conduct the copper auction on Jan. 27,2019. The occasion leaves me with some strong and conflicting feelings. On the one hand, it is going to be a very important auction, attracting bidders from all across the country, and promising many bidding highlights. On the other hand, it feels as if two of my "contemporaries" in the world of copper are preparing to "pass the torch" to a new generation of copper enthusiasts. This is certainly appropriate and timely. The economy seems strong, and the coin market has never been better poised to absorb coins of such quality and significance. And yet, it is hard to avoid the sense, that in some way an era is passing. However, I can look back to the Walter Husak sale in 2008. That auction produced at least as much "electricity" as any other copper sale I have attended. And, Walter remains very active in EAC. Likewise, Chuck Heck sold his wonderful collection of 1794 Cents in Feb. 2017, and he remains prominent in EAC affairs. I hope that the same can be said for these two fine gentlemen.
Posted by Sheldon-48 at 10:28 PM